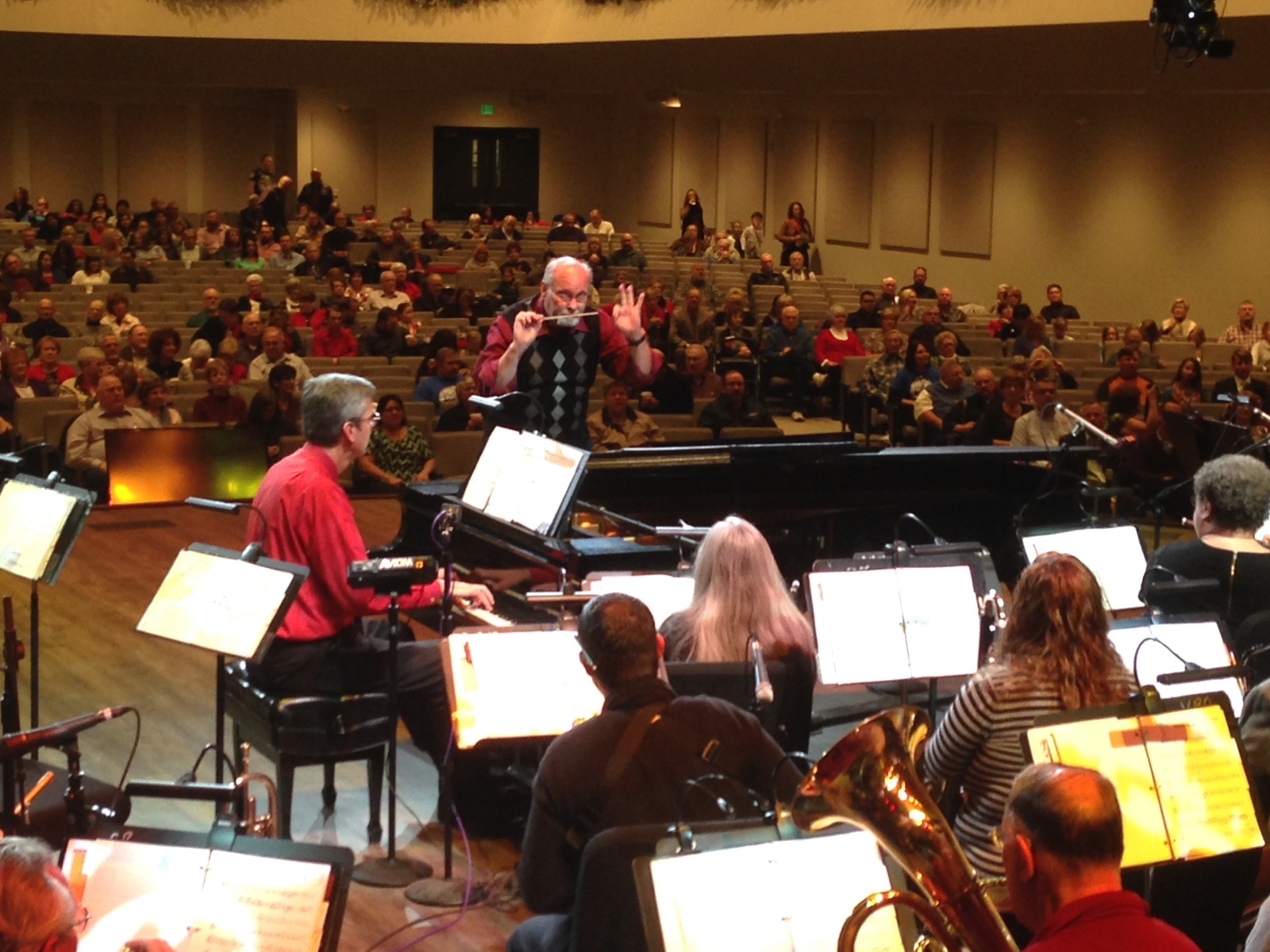 John Gage graduated from Wheaton Academy in 1968, and enrolled at John Brown University, Siloam Springs AR. In November of ’68 John met the former Ruth Lee of Memphis, TN and they were married in November of 1970. While at John Brown University John played trumpet with a group called the SOUND GENERATION, and performed on stage with many well known entertainers, including Roy Clark, The Statler Brothers, Bob Hope, Kenny Rogers, the Fifth Dimension and many others.

John graduated JBU in 1972, and accepted a position of Minister of Music and Youth at Etowah Baptist Church, Etowah, NC. In 1976 he became Minister of Music and Youth at First Baptist Church, Collinsville, IL. By 1979 John felt a burden to further his education, and enrolled at Samford University, Birmingham, AL where he completed a masters in Church Music in 1986. While at Samford, God opened a door to serve Shades Mountain Baptist Church as Minister of Instrumental Music, where he co-wrote several youth musicals published by Benson Publishing Company, Nashville, TN, including “Come Away With Me”, “Sincerely Yours”, and “We Are the Reason”.

In 1989 John accepted a call to First Baptist Church, Atlanta under Dr. Charles Stanley, directing the 70-piece orchestra and overseeing the Academy of Performing Arts. Under John’s direction, the FBA orchestra recorded four albums of arrangements by local arrangers, including John Innes, Mike Katterjohn, Jeff Cranfill and Phillip Allen, and those arrangements were then published by Lifeway, Nashville, TN, under the title The John Gage Series. Those arrangements are still available.

In 1997 Join joined the staff of Valley Baptist Church, Bakersfield, CA., where he directed the church orchestra, a big band, and the Academy of Performing Arts. While there he wrote two brass warm up books, one for trumpet and one for trombone, under the name BRASS PLAYERS WARM UP AND PRACTICE GUIDE, now published by Ayotte Music, Westland Michigan. Both have an accompaniment cd, arranged and recorded by John’s son Brad.

In 2002 John began working two hours per day as assistant Band Director at Stockdale High School, where he directed a 118-piece string orchestra and an 80- piece concert band. While there, he completed his California Teaching Credential.

In 2014 John retired and moved to Tulsa, Oklahoma to be closer to family. While in retirement he wrote two books, “Meditations For Musicians”, and “Love, Dad, 47 Devotionals For Developing Christ-Like Character”. Both are available on Amazon. (www.amazon.com)
He also started a non-profit called INMATE MINISTRY RESOURCES
(www.InmateMinistryResources.com).

In 2016 John was invited to return to Valley Baptist to lead a traditional worship service accompanied by organ and piano on a satellite campus.Upon returning to Bakersfield he wrote two more books: “Hymns in Worship, Rediscovering the Power of the Familiar” and “Character For Kids- Devotionals and Activities for children ages 3-10”. Both books are available on Amazon.For more information, go to www.johnggage.com.

John has recently re-retired (summer, 2019)and is living in Tulsa, Oklahoma, close to family. He maintains a blog over at www.johnggage.com and continues to write. He is currently playing 3rd trumpet in the orchestra at South Tulsa Baptist Church.